As you may know, March is Women's History Month and a chance for us all to celebrate the trailblazing women who have contributed to our history, culture, and society. Interestingly, the month-long celebration grew out of an event organized by the school district of Sonoma, CA, in 1978. A few years later, their concept sparked similar events across the country, and in 1980 Jimmy Carter declared the week of March 8 as National Women's History Week, which eventually grew to be Women's History Month. 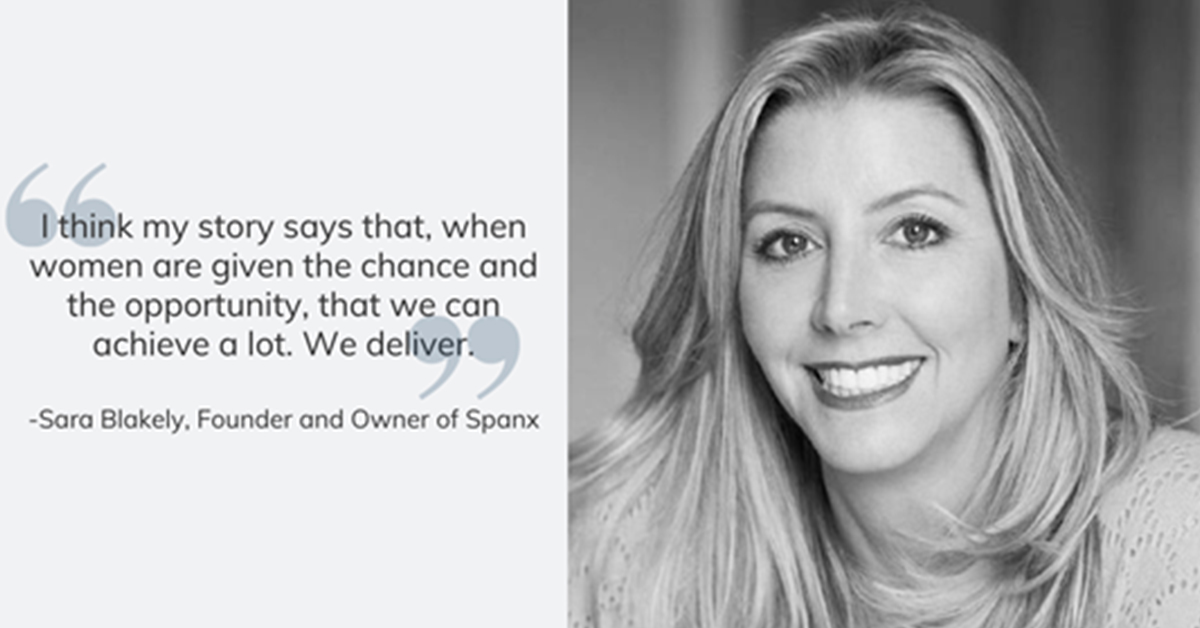 We just learned that Blakely sold fax machines door-to-door before launching the Spanx apparel company in 1998, at the age of 27, with $5,000 in the bank. While the concept of shapewear wasn't new, Blakely researched her market and realized the industry was out of touch with its target audience. She learned that most hosiery companies were owned and operated by men and that none of the products were tested on real women. Through hard work, creativity, and trust in herself, Blakely went on to turn Spanks into a huge success. But that was just the start. Blakely wanted to make a lasting impact on the world, so in 2006 Blakely started the Spanx by Sara Blakely Foundation.

Since its launch, the Foundation has donated millions to charities that focus on empowering underserved women and girls. Blakely has also taken the billionaires' pledge to donate at least half of her wealth to charity. For her example, as an enormously successful woman and the accomplishments she's had as an entrepreneur and philanthropist, we're proud to honor Sara Blakely.